TDR Training exhibit at careers events at local schools, providing information, advice and guidance (IAG) on potential careers in engineering, business admin apprenticeships, science and business administration. Owen Scott attended an event at his school (Gosforth Academy) and decided to enrol onto the Engineering Apprenticeship Access Programme. The (EAAP) was discussed with Owen and it appealed to him because he knew he wanted an apprenticeship when he left school but he didn’t know which discipline/route to go down. TDR talked to Owen about engineering and that evening he applied online. TDR sent out information regarding the EAAP, invited Owen in for an initial screening and interview and was successfully accepted on TDR’s Apprenticeship Candidate Register (ACR).

Owen has positive memories of the EAAP and found that it gave him a really good insight into the different disciplines of engineering. Owen says “I found the course really beneficial as it made me more confident and gave loads of knowledge into what engineering really is as the school didn’t give me much information on it”. He said that he found the course challenging at times however, he also said it prepared him for the real world of work where those challenges might and often do occur. In his own words ‘The experience was really beneficial, it gave me real-life experience and prepared me for going into work, overall it’s made me more confident.”

The EAAP entailed Owen attending TDR’s Training & Development Centre at Scotswood Road, Newcastle where all of the practical and theory work is delivered. During the course, an opportunity was advertised by one of TDR employers (Securiclad Ltd In North Shields) who were looking for an Engineering Technical Support (ETS) apprentice. Although initially, this isn’t an area of engineering Owen had considered, he was interested in the role and keen to find out more. He applied, was offered an interview and after a second interview was offered an apprenticeship. Owen feels the skills and experience he gained whilst at the Training & Development Centre gave him the confidence to apply for the role. Owen added that his initial training at the Training & Development Centre has proved beneficial to his apprenticeship role at Securiclad.

Securiclad is committed to continuing Owen’s development and will be enrolling him on an HNC in Mechanical Engineering upon completion of his apprenticeship. He has performed well throughout his apprenticeship demonstrating great CAD skills, his knowledge of CAD and infrastructures has also greatly improved. Owen says “TDR has lead me to continuously progress and to my goal which is to gain a degree in Engineering”.

Owen has also worked within the projects team at Securiclad where he has completed all aspects of the manufacturing documentation including some complex spreadsheets, which are required prior to procurement and manufacture of each project. During this time, Owen has also built up a very good relationship with customers and suppliers.

Owen found the EAAP course massively beneficial as it helped him decide which discipline of engineering to choose and he has secured an apprenticeship as a result of the course, Owen would not hesitate to recommend the EAAP to others. He said that “he found the staff at TDR really welcoming and they were always there to give assistance when required. Owen feels that if he hadn’t joined the EAAP he may have never gained an apprenticeship”. 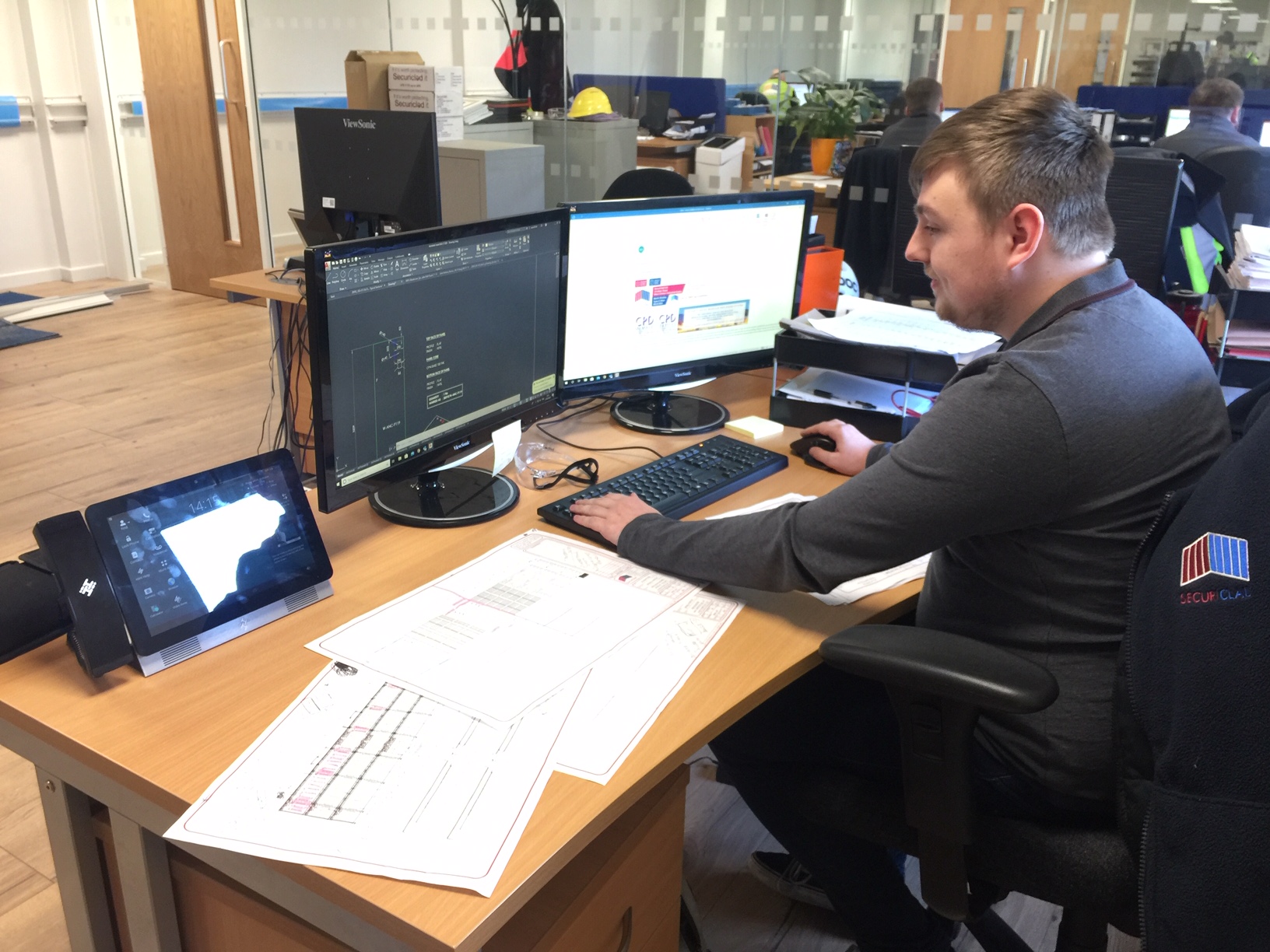 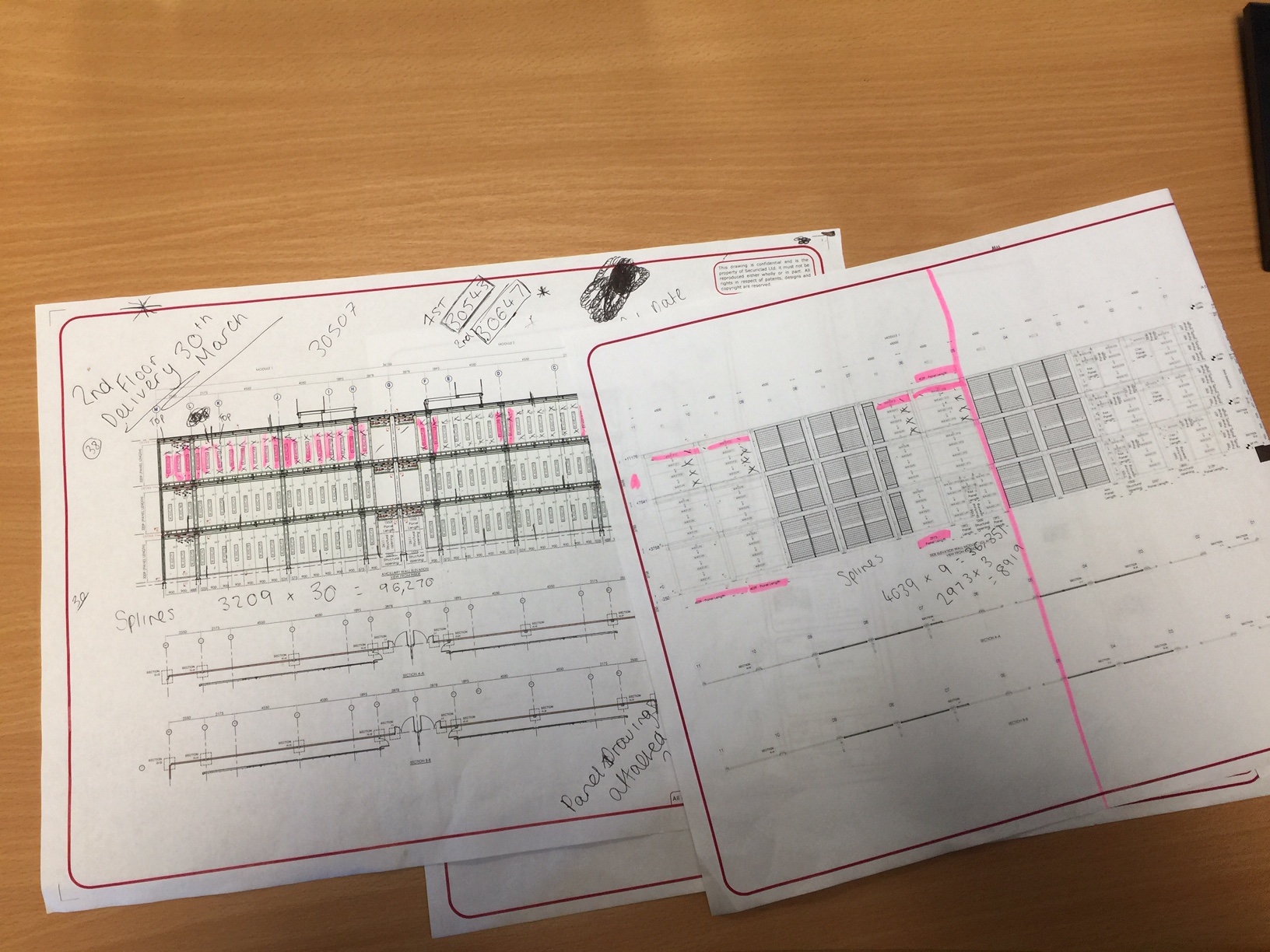 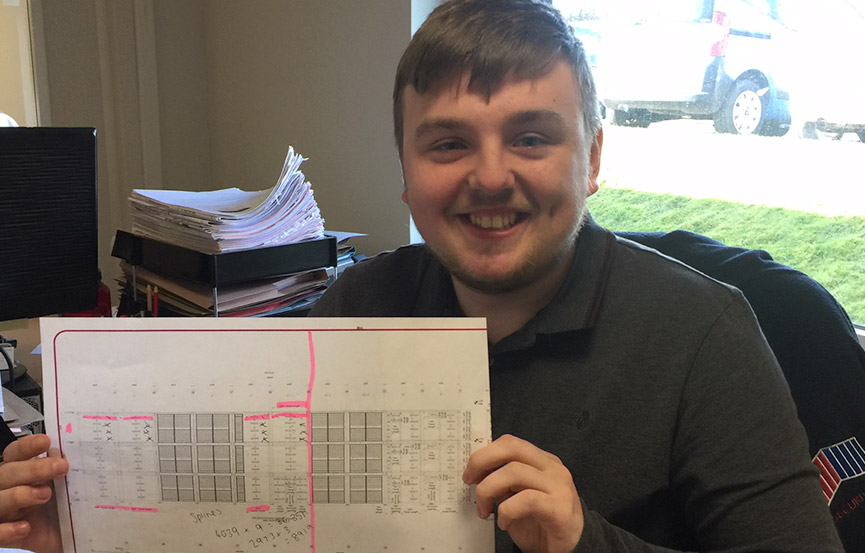 We also spoke to Owens manager Claire who provided the testimonial below:
Owen has always been an amazing team player and has always been willing to learn. He is ambitious and highly intelligent. Owen was quiet and a little bit self-conscious when he first started with Securiclad but since however he has been able to flourish and come out of his shell a lot more.

Owen is a quick learner with a surprisingly amazing memory. Securiclad allowed Owen to sample the three main areas in the business because we believe that even though he has come in on a CAD apprenticeship we would like to have the choice to have a look at the other departments, such as sales engineering, project management and design engineering. He enjoyed all departments however was still committed with the CAD side of the business. Securiclad has provided Owen with the best possible knowledge passed through qualified colleagues which he has quickly picked up and is doing an amazing job.

The business is committed to Owen and will be enrolling him on an HNC in Mechanical Engineering upon completion of his apprenticeship. He has performed well throughout his apprenticeship demonstrating great CAD skills, his knowledge of CAD and infrastructures has also greatly improved.

“Owen is a highly valued member of our team and has excelled as part of our design department showing a great understanding of our design processes. Owen has completed general arrangement plans and manufacturing drawings to a very high standard.”