While engineering has in the past been a traditionally male-dominated industry, more and more women are making a successful career in engineering

We spoke to TDRs female engineers to get a perspective of what it’s like within this industry for them and hopefully put at ease females who are currently thinking about becoming an Engineer.

We spoke to the girls – pictured left to right: Georgia Pickering, Amy Beck, Jenny Edmonds and Rosie Helm – about their experience as female engineers.

In your office of employment, what is the ratio of men to women?

Georgia who works for RED Engineering said: “In my office, although it is quite small, I am the only female.”

Jenny then explained: “I am the first-ever female apprentice on the Washington plant with BAE to be taken on in maintenance. There were a few females in the office when I visited but I was the only young female on the shop floor. It’s good to see the progression towards more women being employed in Engineering.”

Amy Beck who has an apprenticeship with Avery Dennison then went on to say that “I actually did another career before this. I wanted to do engineering but because I knew it was a male-dominated profession it put me off. I wish I had started a career in engineering sooner and then I would have realised working with mainly men is not as daunting as I thought.”

How or why did you choose Engineering as a career path/area of study?

Georgia, pictured below, is currently on her electrical rotation and explained: “I really enjoyed physics and maths in sixth form and in engineering it involves both these subjects. I got my apprenticeship and then RED chose TDR as the training provider. My company said that they wanted more females within the business.” 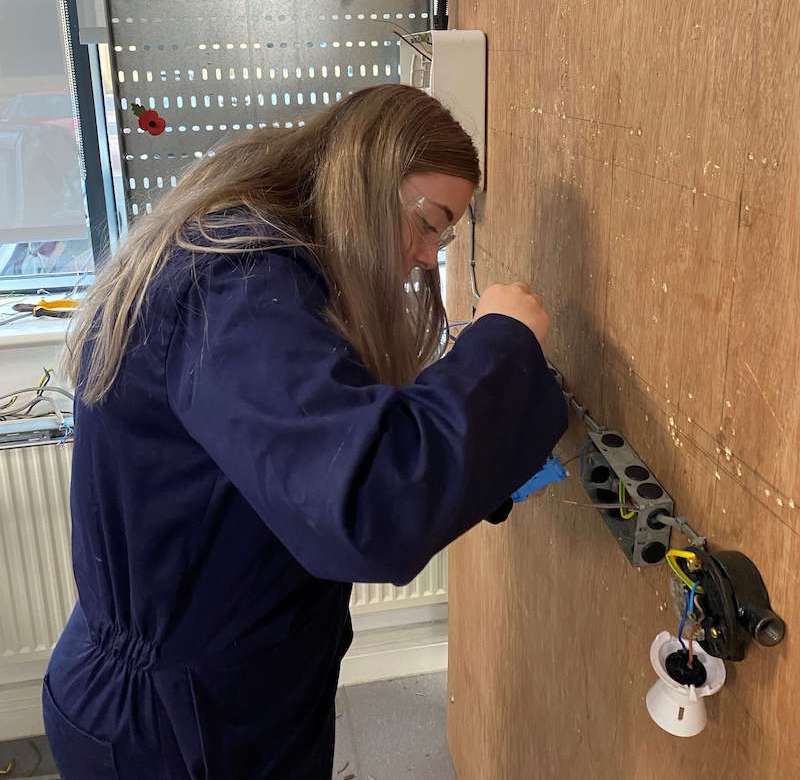 Jenny said: “I love that engineering has a mix of theory and practical elements and that you can learn on the job. I never get bored as you learn something different every day, whereas if I had gone into sixth form it would have been more academic and less hands on work. My family are also into engineering. I chose a position with BAE as they have multiple plants across the UK and that gives me opportunities to travel.”

Amy Beck said: “I am a bit different to the other engineering students. I have chosen a Project Engineering pathway. I chose this because it offers in office and practical work. Therefore, if you’re someone who wants a mixture of both practical and academic there is something out there for everyone.”

How do you find working in a male-dominated profession?

Rosie Helm, pictured below using the Pillar Drill has an apprenticeship with Sterling Pharma Solutions. She said: “I don’t mind working in a male-dominated workplace. It was intimidating at first but once I was in the factory I felt comfortable.” 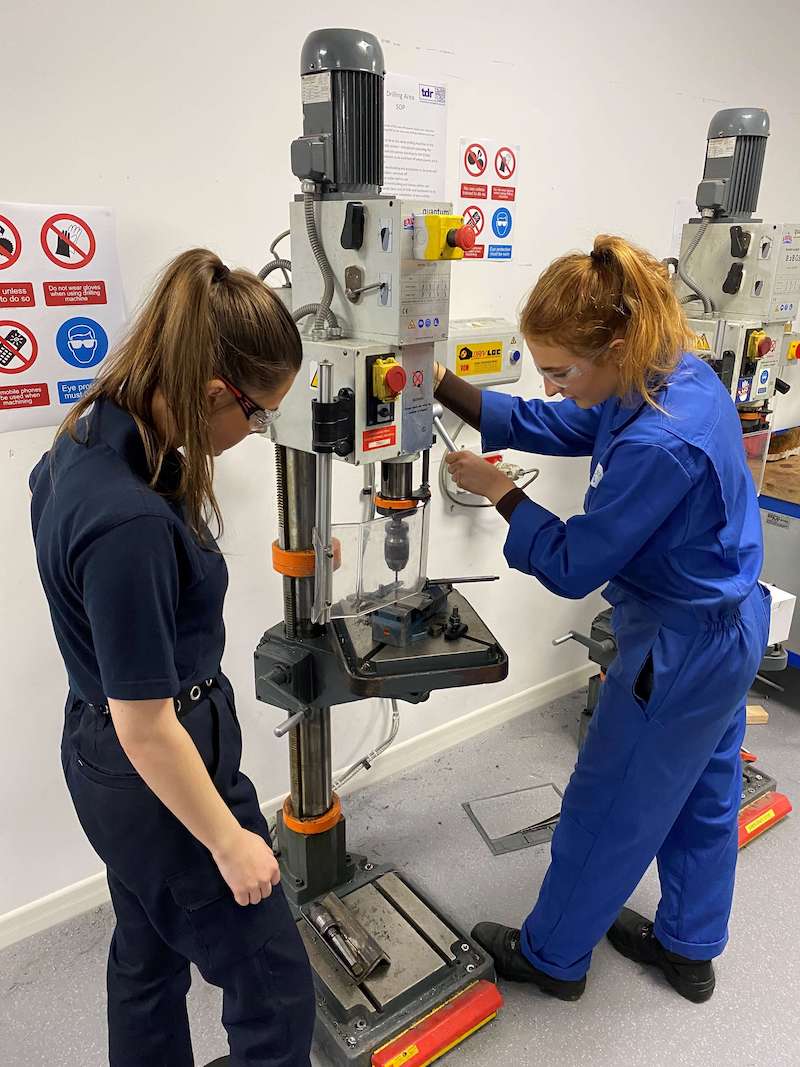 What’s been your best memory in the Engineering Workplace?

Georgia said: “I’ve learnt how to use a range of tools and equipment and learnt new terminology. I also really enjoy making production plans. I’ve made new friends too, both male and female which proves the workplace isn’t segregated.”

Jenny said: “I actually really enjoyed being in the factory although I was the only female, I was made to feel welcome and seeing what I’m going to be doing was fun. I had to help replace a conveyor belt and that was really interesting.”

What are your hopes for the future of Engineering and what would you say to females who are considering an Engineering profession?

Jenny, pictured below then went on to say:  “I want to do really well and do the best I can. I want to prove those who think I can’t be a good engineer because I’m a girl wrong and progress in the company.”

Amy, who can also be seen on the image below, said: “I would advise girls who are debating on doing engineering not to wait. I waited a while to do it because it was a male-dominated industry but there are actually 5 females on the course and I am so glad I did it. I’m just as good friends with the boys as I am the girls.” 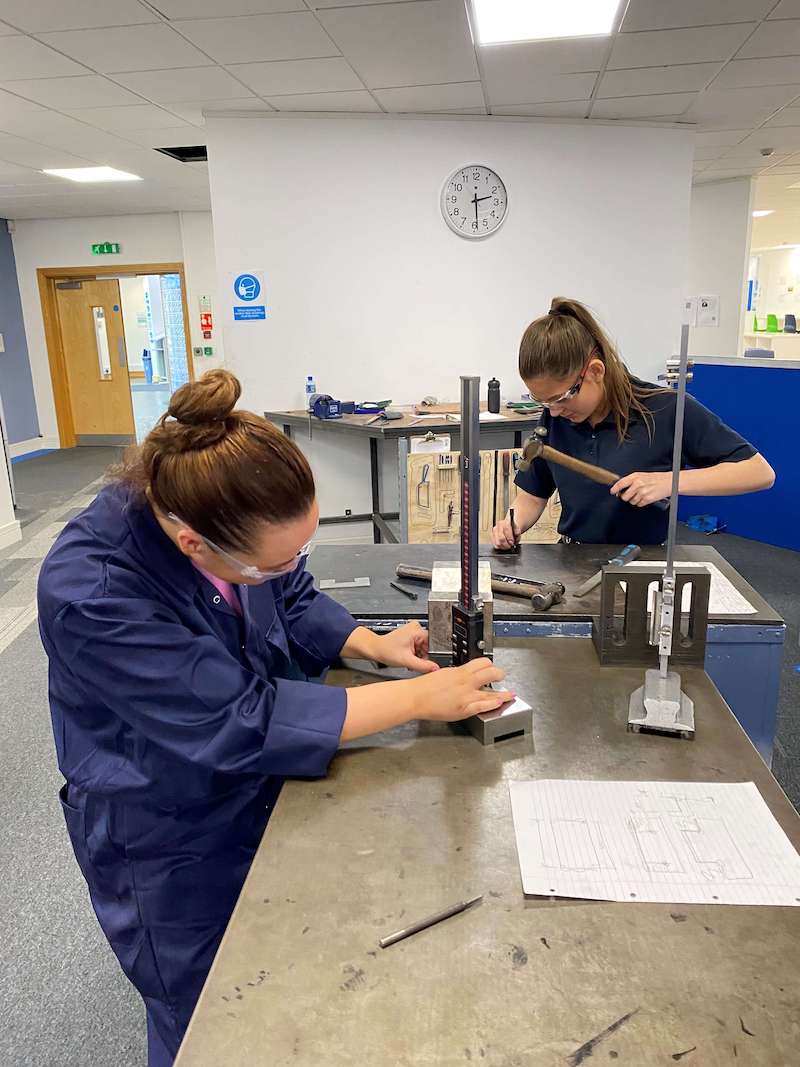 TDR are proud of the upcoming generation of female engineers and are sure they will succeed in their future endeavours.

If you would like to register interest in starting an apprenticeship with TDR, please email us at bss@tdrtraining.co.uk